Erm, What?! Is Chris Brown Having A Baby With Karrueche Tran?! 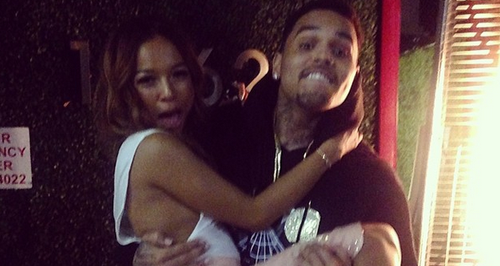 Chris and Karrueche celebrated their five year anniversary – and he dropped a SERIOUSLY big hint!

Keeping up with Chris Brown’s relationship status is a full time job in itself, but it appears that he and Karrueche Tran have celebrated their five year anniversary – and babies could be on the cards next!

The Chris/Karrueche/Rihanna love triangle has rumbled on longer than we can remember, but Chris and Karrueche went out for a nice dinner to celebrate five years together.

Chris Instagrammed a picture of Karrueche, captioned, “@karrueche damn near 5 years and this woman still putting up with my s**t. Need to have this baby and stop playing! Lol! My WCW”.

Erm, is there something you’re not telling us, Breezy?!

Guess we will just have to wait and see!