The diving star is set to go in the semi-finals of the 10m platform at the Aquatics centre in East London.

Cheryl Cole and One Direction's Louis Tomlinson have sent good luck message to Tom Daley ahead of his dive in the semi-finals of the 10m platform at London 2012.

The 18-year-old diving sensation only just survived the preliminary round on Friday night (10th August), qualifying in 15th place.

But, as the Olympic Games enter their penultimate day, hopes are high for Tom to show a return to form today (11th August). Team-mate Peter Waterfield, who dived with Tom earlier in the Olympics, only managed to finish 23rd and is now out of the competition.

Cheryl, who has been supporting Tom throughout the Olympics, wrote on Twitter: "Good luck @tomdaley1994 you've got this !! #teamGB."

Tom Daley prepares to dive in the semi-finals of 10m platform at London 2012: 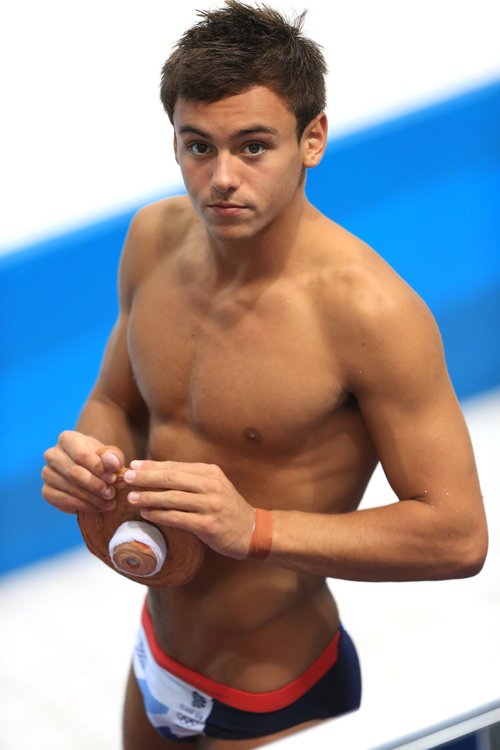 Earlier this week, Jamaican sprinter Usain Bolt described Cheryl Cole as one of the most beautiful women in the world.

"London has some really beautiful women, I can't help but notice them. Cheryl Cole is always in the media and I can see why. She is so beautiful," he admitted.

"I think for me it is between her and Rihanna for the most beautiful woman in the world."

He added that he would take the star out for dinner if he won. Usain has since triumphed in the 100m and 200m sprints.