The 'Take A Chance On Me' stars called time on the band today following six years together.

Cheryl Cole is among the latest names who have taken to Twitter to offer kind messages to JLS after the group announced they were to split this morning (24th April).

The 'Do You Feel What I Feel' stars confirmed earlier reports that they were to depart following six years together with fans and music stars logging onto their social networking accounts to pay tribute to JB, Marvin, Oritse and Aston.

Cheryl wrote: "Proud of the JLS boys and how far they've come. Loved them from day 1 and wish them all the very best!!"

The Girls Aloud singer was on the panel which put the boyband through on The X Factor back in 2008.

Marvin Humes' wife Rochelle Wiseman has also been on Twitter to praise the career of the boys. 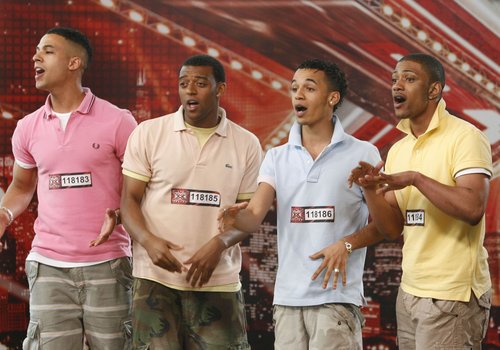 "As well as being a wife I'm a big @JLSOfficial fan. I am V sad its the end of an era. What an amazing run. I'm so proud. Roll on the tour x"

JLS will now release a greatest hits album towards the end of the year and embark on a farewell tour in December.

One Direction and The Wanted have also been on Twitter paying tribute to the boyband.