It’s Not Easy To Get Simon Cowell’s Approval – But It’s A Yes For Cheryl’s New Man! 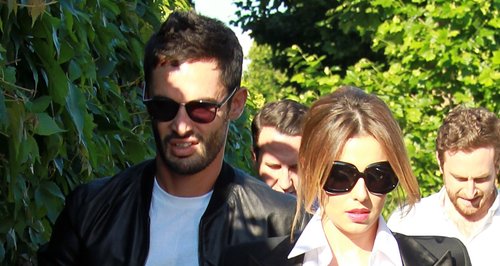 It’s probably more terrifying for Cheryl Cole’s boyfriends to meet Simon Cowell than her parents – but her new man has got his approval!

Meeting Simon Cowell is pretty terrifying at the best of times, but it seems Cheryl Cole’s new man has passed the SiCo test!

The new man in Cheryl’s life, also known as Jean-Bernard Fernandez-Versini, met up with Simon Cowell last week as he met Cheryl after a day at The X Factor auditions – and the pair apparently got on great and chatted for hours over a coffee!

Simon has notoriously disapproved of the rest of Cheryl’s boyfs – so Jean-Bernard must be breathing a MASSIVE sigh of relief that he has managed to charm the Cowell.

A source told the Daily Star, “Simon was won over by Jean’s charm. They clicked straight away, and Jean even invited Simon to visit his restaurant.”

And while Simon and Cheryl’s relationship also hit a rocky patch in the past couple of years after that whole US X Factor debacle, the pair have patched up their friendship in recent months, and Simon feels like a protective parent to Cheryl.

The source said, “Despite their problems in the past, Cheryl still thinks the world of Simon and really respects his opinion.He is a bit of a father figure to her.”

“Plus Simon never made any secret of the fact he didn’t like her ex husband Ashley, and also didn’t really think Derek Hough or Tre Holloway were the right fit. So it’s nice for her to hear that he thinks Jean is perfect.”

And Jean definitely seems like a bit of a romantic if the 310 roses Cheryl received for her birthday were anything to go by – he sounds lovely!