“They Could Bump Into Each Other”: Things Could Get AWK For Cheryl & Jean Bernard At Cannes

They might be in the midst of a divorce but there’s a high chance Cheryl and JB will come face to face this week.

Yikes. Cheryl and Jean Bernard Fernandez Versini might be in the midst of a divorce but they could be in the same room very soon... both stars are at Cannes and insiders reckon it's only a matter of time until they come face to face!

Due to their messy divorce, Cheryl's been trying to keep her distance from her former hubby - but she had to attend the festival due to work commitments... and JB is also going to be there for his 15th year in a row, too.

A source revealed, "Cheryl would have loved to have skipped Cannes this year but her work schedule wouldn’t permit it. She will be doing everything she can to avoid JB.

"Their divorce is at its most bitter point yet, with relations at an all-time low, but Cannes is a small place. There is every chance they will bump into each other.” EEK.

The divorce took a pretty dramatic turn last month after claims her relationship with Liam Payne overlapped with her marriage… and neither Cheryl nor JB were holding back on social media!

After claims surfaced that Cheryl had started seeing Liam before she and JB had split, she took to Twitter to tell her fans that there was no truth in the rumours. She posted, “If anybody believes the s**t they're reading today you really don't know me at all.”

However, one person that doesn’t seem to believe Cheryl is JB himself, who took to Instagram to post a lengthy rant about the situation, telling his followers, “Since months, papers, 'sources', lawyers, PR, management team an others have been trying to intimating me.

"I have heard so many lies about me, my family, (that can't answer anymore), and my situation... I never seen anybody standing up and defend me by telling the truth. I guess because it wasn't in their interest...

"And now suddenly when the truth comes out from NOWHERE because the truth always comes out, certain people that love to say that they don't comment on their private life can't help themselves but to justify themselves which for me seems even more strange..." 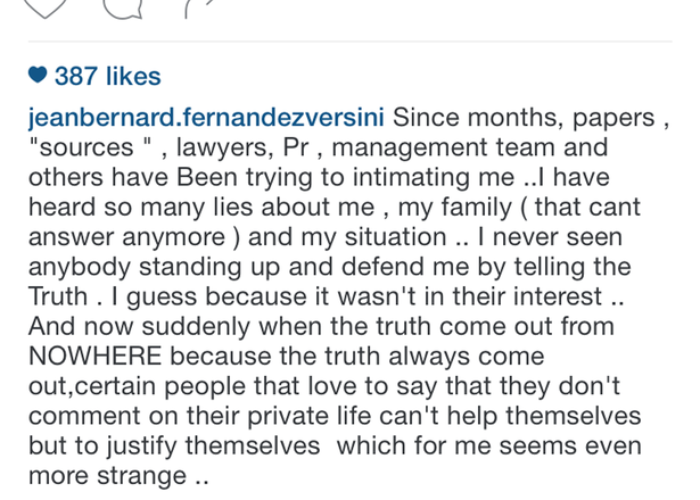 According to the Sun, X Factor insiders had told JB that Cheryl had been seeing Liam since October, two months before she split from her husband, around the same time Liam had also split from his girlfriend Sophia Smith.

A source claimed, “JB has been told that Cheryl was actually seeing Liam in October - two months before they officially split. The information comes from people at the X Factor. JB was desperate to save their marriage and is absolutely furious." 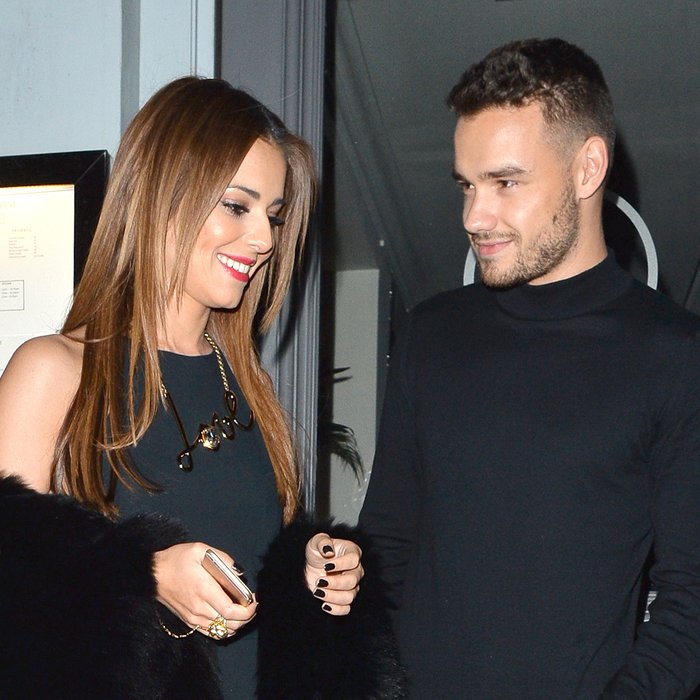 A spokeseperson for Cheryl denied the claims that her two relationships had overlapped, telling the Mirror, “Jean Bernard's information about when Cheryl started her relationship with Liam is false. Cheryl and JB actually separated in August and he moved out of her home."

Liam was quick to jump to Cheryl’s defence without getting involved in a war of words by retweeting a fan that had posted, “Cheryl's the most selfless and kindhearted human you will ever come across in your life. I just don't understand why people are so cruel.”

Cheryl's the most selfless and kindhearted human you will ever come across in your life. I just don't understand why people are so cruel.