‘StormFlower’ Isn’t Cheryl’s First Perfume! She Used To Make Her Own As A Child 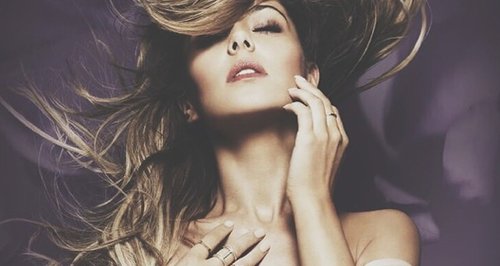 Cheryl Fernandez-Versini isn’t new to the perfume game – she used to try and make her own using rose petals!

Cheryl Fernandez-Versini launched her first official fragrance, ‘StormFlower’, this week – but it’s not her first foray into scent-making…

Yup, our Cheryl has admitted that she used to try and make her own perfumes as a child – though they didn’t smell too great!

Speaking at the StormFlower launch, Cheryl said, “I think it’s every girl’s dream to create your own fragrance. It’s one of the things you do when you’re little.”

“When I was a kid, I used to create perfume for my sister and smear it on her arm. I’d use rose petals and put them in water and let them marinate a few weeks.”

Cheryl continued, “They didn’t smell too good, but I’ve been creative from a young age. I think that’s what a lot of girls do.”

And what can we expect from ‘StormFlower’, then? Cheryl said, “It smells fresh and florally. I love roses, obviously.” Let’s hope it’s not been brewed the same way as your early attempts, though!