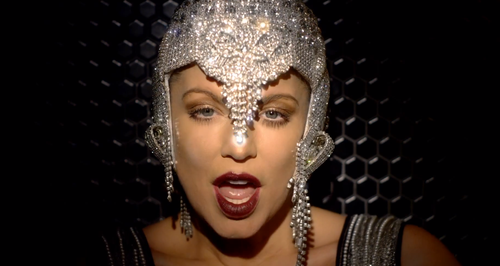 Watch the Black Eyed Peas' singer's new video for her song from The Great Gatsby soundtrack.

Fergie has unveiled a music video for her song 'A Little Party Never Killed Nobody (All We Got)'.

The video for the song, which featured on the soundtrack to The Great Gatsby, features cameos from Q-Tip and GoonRock.

It sees Fergie wearing Jazz Age inspired clothing at a party with hundreds of guests.

Watch the video for 'A Little Party Never Killed Nobody (All We Got)' below: