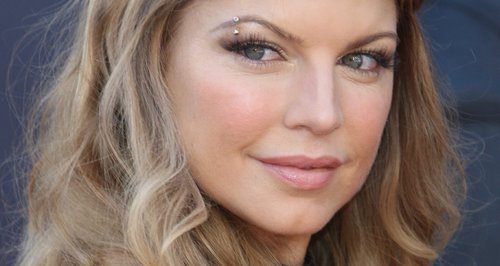 The 'London Bridge' star has been linked to one of the vacant seats on this year's judging panel.

Black Eyed Peas star Fergie is widely rumoured to be joining The X Factor UK judging panel this year, fresh from confirmation Cheryl Cole is back on the show.

The 'Call My Name' star announced her return last week, joining fellow returnee Simon Cowell, and fresh reports suggest "both sides" are keen for Fergie to join the panel.

"It's not a done deal just yet but things have been positive," a source told The Mirror this week. "Both sides are keen to move forward and people at the show and ITV are excited at the prospect of having Fergie.

"She brings a lot to the show and her success globally with Black Eyed Peas and her solo albums obviously speaks for itself," they added. "On top of that she looks fantastic and fans love the glamour of the live shows."

> Who is Cheryl Cole working on her new album with?

Other names being rumoured to join Simon and Cheryl on the 2014 panel include Olly Murs, Rita Ora and long-time judge Louis Walsh.