Claire In Her American Apparel Underwear 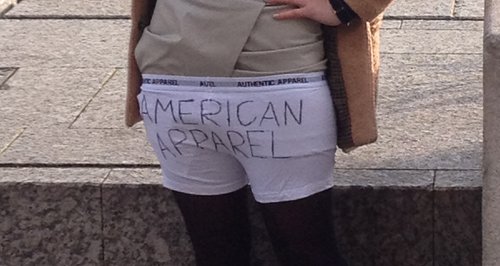 We're a big fan of 5 Seconds Of Summer and their new song, She Looks So Perfect! We've noticed some of their lyrics are a bit odd...

Who is this girl and why is she standing about in someone else's pants? Maybe this is the norm in Australia, where the boys are from!

So we thought we'd find out what the East Midlands thought of Claire standing over there in her "American Apparel" underwear...

This is what you lot thought...

@tomandclaire She looks so perfect standing there

@tomandclaire hmmm next time can you swap American Apparel for victorias secret? Happy to wait for warmer weather ;-)

And here's Claire strutting her stuff in her American Apparel underwear