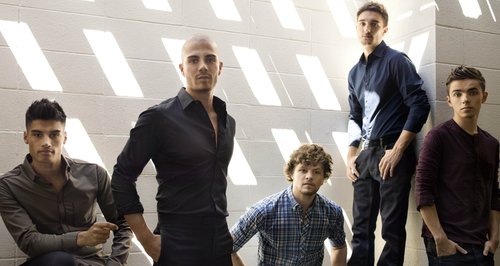 The 'Show Me Love' singers will bring their Word Of Mouth world tour to the UK in March.

One of the biggest boy bands in the world The Wanted, have confirmed plans to bring their Word Of Mouth world tour to the UK for 13 shows kicking off in Liverpool on 14th March 2014. The live dates are part of an international outing which will see the band perform at various cities across Europe, America and Canada.

The 'Walks Like Rihanna' stars will perform new songs from their forthcoming album 'Word Of Mouth', along with fan favourites including Vodafone Big Top 40 chart-topper 'Glad You Came'.

Talking about the tour band member Max George explained, “We can't wait to get back on the road, for what is our biggest tour so far. One of the best things about being in a band is performing live in front of the fans, and to do that across the world has always been our dream. Every night is going to be one long party!”

Tickets go on sale this Saturday 12th October at 10am. To book yours simply call the Capital FM ticket line on 0330 33 33 123 or click the buy tickets button.

Check out the full list of The Wanted 2014 UK tour dates below...

Check out the full list of The Wanted 2014 European tour dates below...

Check out the full list of The Wanted 2014 US and Canada tour dates below...