The Wanted's Siva Kaneswaran On Making A Film: "We'd Make A Great Movie!" 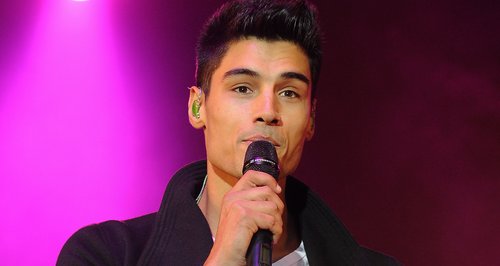 The 'Walks Like Rihanna' star also opens up about the band's close relationship with their fans.

The Wanted's Siva Kaneswaran says the band would be interested in shooting their own concert movie in the future.

The 'I Found You' five-piece have been spending time promoting their new music out in America recently, and Siva says the band feel they would make a "great" movie if they get the opportunity.

"I think we are interesting, I really do," Siva told the Daily Star this week. "We'd make a great movie."

The 'Walks Like Rihanna' star also opened up about the band's honest relationship with their fans, and why that makes them important role models.

"Our fans know us as being honest, so we give them an honest opinion," the singer explained to Glamour. "[The fans] should buy into the truth, a role model you can trust. I think at heart we're good people."

The Wanted recently returned to the charts with their huge hit single 'We Own The Night'.