The Saturdays - 'Not Giving Up' (Official Video) 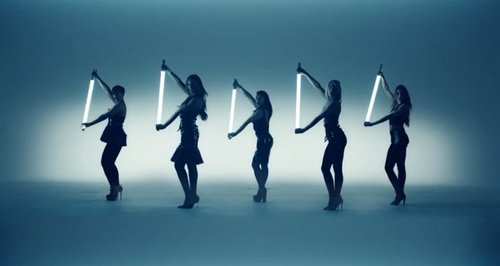 The 'Disco Love' girls get creative with fluorescent lights in their latest video.

The video for 'Not Giving Up' is also the first time we've seen Frankie in a video since she gave birth to her baby boy, Parker Bridge, in October 2013.

This is the fifth single taken from their album 'Living For The Weekend', and will be released on 6th April 2014. Make sure you listen to The Vodafone Big Top 40 with Marvin Humes to find out if the girls can bag their first No. 1 since 2013's 'What About Us'.