The 'All Fired Up' group will be taking to the Wembley Stadium stage on 9th June for this year's event.

The Saturdays have joined the official line-up for the Capital FM Summertime Ball 2013 with Vodafone.

The '30 days' stars will be bringing their infectious brand of pop to the stage for Capital FM's return to Wembley as part of the Ball's biggest ever line-up.

The Saturdays have already had a whirlwind start to 2013 after scoring their first number one on the Vodafone Big Top 40 with the Sean Paul team-up 'What About Us'.

The 'All Fired Up' five-piece have been racking up hit after hit for the past several years, with their fourth studio album due out later this year.

The Capital FM Summertime Ball 2013 takes place on 9th June at Wembley Stadium, with special guest host Justin Timberlake, and tickets go on sale this Friday (26th April) from 8am. 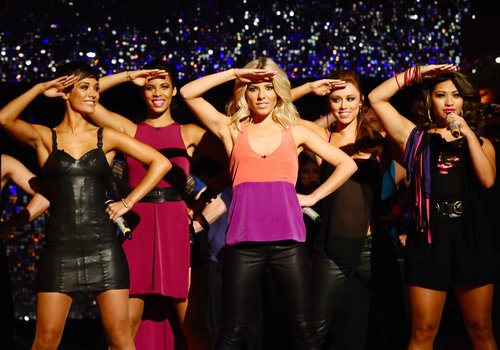