The Saturdays' Rochelle Wiseman On Band Growing Up: "It's Like A Crèche Now!" - Audio 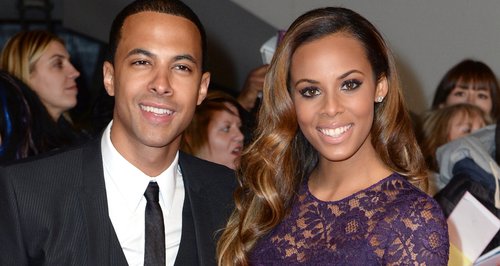 The 'Disco Love' singer says it's "so lovely" that the bands' children can all play together.

The Saturdays' Rochelle Wiseman says it's "so lovely" for the band to be back together alongside their children, and has opened up about how much the group has changed since they started.

Rochelle Wiseman on The Saturdays growing up...

Over the past few years band members Rochelle, Una and Frankie have all had children, and Rochelle jokes that their band rehearsals are now more like playdates with their children in tow.

It's so nice! It's like a creche!" Rochelle revealed exclusively to Capital's showbiz reporter Kevin Hughes at the NTA Awards this week. "I don't need to organise any playdates because Alaia's got plenty, it's so nice.

"It's mad how we've gone from girls to women and mums and wives," she mused. "It's madness but I love it, it's so nice."

Frankie gave birth to son Parker in October last year, and in November Vanessa White confirmed the girls were back working on new material.

Rochelle's bandmate Una Healy also tweeted fans this week to confirm new music is on the way, when she tweeted: "Fitting for our next music video today!"