“You Make It Work”: The Saturday’s Talk Being Working Mums And Taking Babies On Tour 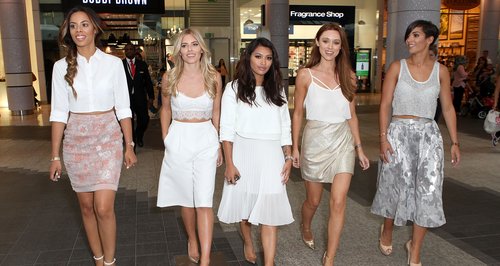 Juggling being a popstar and parenthood is no mean feat, but The Saturdays say they are just like any other working mum - and they will be talking the tots on tour! Aww!

Being a popstar is a pretty demanding job in itself, let alone when you have another mini human being to look after too, but The Saturdays are taking it all in their stride as they juggle motherhood with their careers.

Three fifths of the band have babies, but they insist that they “just make it work” and that they have a lot of help from their families.

Frankie Sandford, who is mama to baby Parker, told DigitalSpy, “You just make it work, really. It's the same as any other working mum. There's a lot of juggling and there's a lot of help from other people, but we've always been a family-orientated band, so we never feel like we have to choose between the two. We're really lucky."

Not all working mums needs to travel around the country as part of their job, but the ladies say that their kids will be “always around” when they embark on their greatest hits album tour later in the year.

The Saturdays have released their new video for ‘What Are You Waiting For’ – watch the summery vid below: