The 'All Fired Up' singer posts a clip of herself taking on the new viral sensation.

The Saturdays singer Mollie King has been filmed performing her own version of Miley Cyrus' famous "Twerking" video.

The US star posted a clip of herself dancing around wearing a unicorn onesie last week – and it soon became a huge online hit.

The 'Notorious' singer posted a teasing message on her social networking account before debuting the clip.

She wrote: "Get #MollieTwerksIt trending peeps and you’ll be in for a treeeeeat! Hahahahaha."

The footage was filmed by bandmate Rochelle who can be heard laughing as Mollie shows off her moves.

Check out a picture of Mollie "twerking" below:

Meanwhile, The Saturdays were spotted out in London last night as they celebrated two weeks at the top of the Vodafone Big Top 40 with their new single 'What About Us'.

Check out a picture of Mollie out partying with The Saturdays last night below: (Picture: Goff) 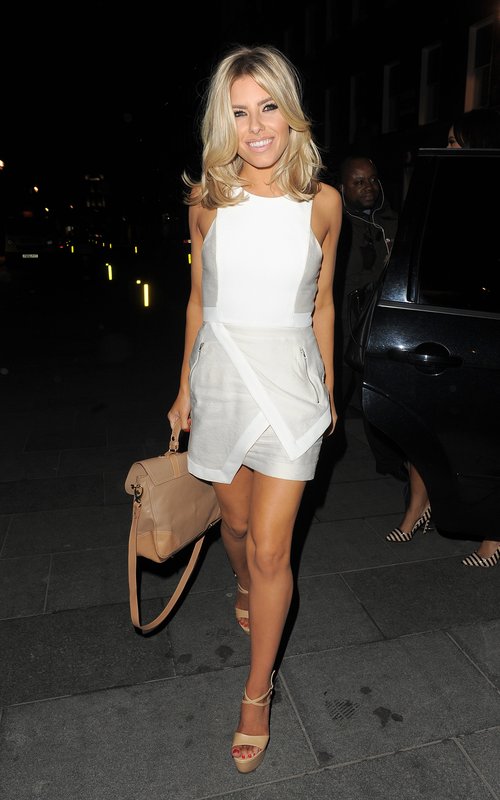 The track managed to fight off competition from Ant and Dec whose PJ and Duncan smash 'Let's Get Ready To Rumble' became the highest new entry on the chart.