The 'What About Us' stars tell Capital that they hope to get the chance to join the teen on some dates this year.

The Saturdays have confirmed that they are currently in talks to join Justin Bieber on some US dates for his 'Believe' world tour.

The 'All Fired Up' stars told Capital that as long as their schedules can coordinate, then the team-up could happen.

"There are talks about it definitely," revealed Mollie King. "We're going to see how our schedules tie up really – we'll see."

Rochelle Humes added: "He's on tour right now and obviously we're really busy at the minute and in the next couple of weeks so hopefully if we can get out there and do some dates for him that would be good."

Justin extended his 'Believe' outing to include new dates across North America this summer after kicking off the jaunt in the US last September.

Meanwhile, the teen's recent stay in the UK on the outing came under fire after he arrived two hours late for a gig and was also involved in an altercation with paparazzi. 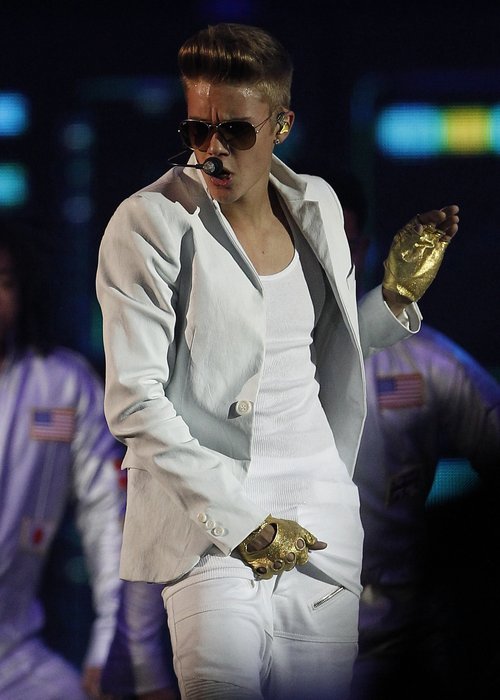 Listen to The Saturdays speaking to Capital FM about heading on tour with Justin Bieber below:

The Saturdays were out this weekend celebrating making it two weeks at the top of the Vodafone Big Top 40 with their new single 'What About Us'.