The Saturdays' Frankie Sandford Flashes Her Engagement Ring In Germany

The 'All Fired Up' singer was seen on one of her first public appearances since her big news broke.

The Saturdays singer Frankie Sandford has been seen out and about showing off her engagement ring this week.

The 'What About Us' singer announced that she was to marry footballer boyfriend Wayne Bridge via a teasing Twitter post on Monday (8th April).

The singer joined the rest of her girl-group for an E! Entertainment party in Munich and showcased her rock-chick chic with a leather jacket and lacy dress.

The girls are currently on promotional duties in Germany and without Rochelle Wiseman – who is currently preparing for the birth of her first child with JLS star Marvin Humes.

Frankie and Wayne first got together back in December 2010.

Check out Frankie Sandford flashing her engagement ring in Munich this week below: (Picture: Splash) 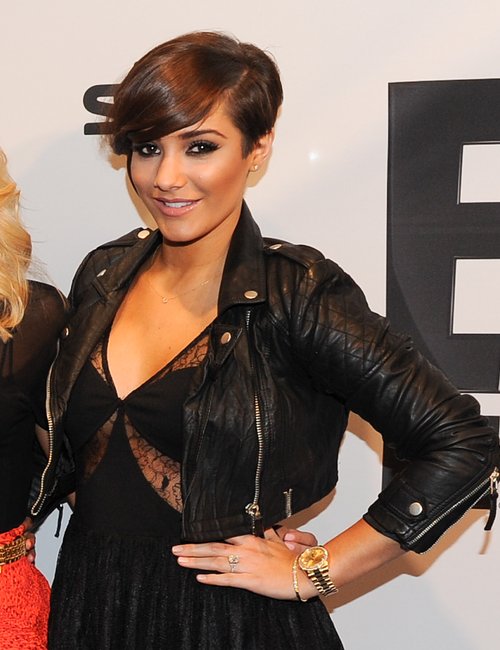 Meanwhile, The Saturdays are currently putting the final touches on their new studio album, which will feature Vodafone Big Top 40 number one 'What About Us'.

The group achieved their first ever chart topper with the song – which also features Sean Paul.