The Saturdays singer was seen pushing along a pram as her fiancé walked their dog.

The Saturdays singer Frankie Sandford was pictured out with her and Wayne Bridge's baby boy Parker today (30th October) for the first time.

The 'All Fired Up' singer gave birth to the engaged couple's first child earlier this month and enjoyed a family day out in the park.

Wayne and Frankie wrapped up against the cold which has gripped the country this week and the footballer was also seen giving their dog a quick walk.

Frankie was all smiles as she walked along and talked on her mobile.

Check out the first pictures of Wayne and Frankie with their son Parker below: (Picture: Xposure) 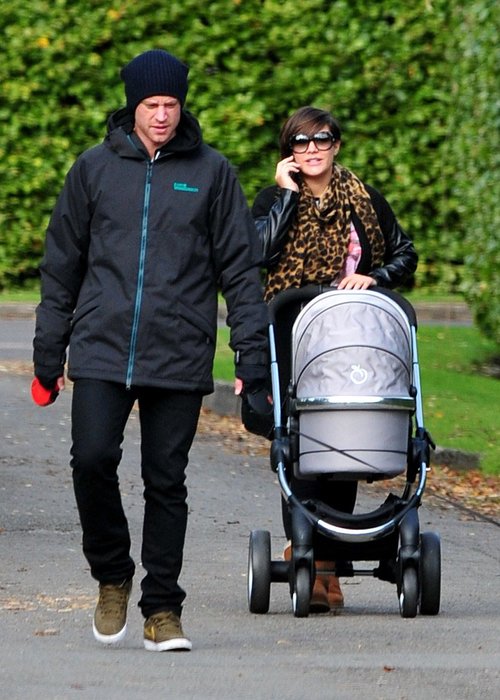 Meanwhile, Naughty Boy spoke to Max this weekend about a feud which has erupted between the artists.

The producer said he was upset with the way the girl group reacted to comments he made in a previous interview.