The Saturdays' Frankie Sandford Can't Wait To Become A Mum: "It's Making Me Really Impatient"

The 'All Fired Up' singer has been speaking about the changes she's been forced to make to her outfits since falling pregnant.

The Saturdays singer Frankie Sandford has revealed she is itching to give birth and can't wait to become a mother.

The 'Gentleman' singer announced her pregnancy at the beginning of last month and told the Daily Star that she has become "impatient" in the past few weeks.

"It's making me really impatient," she said. "I just want it to be out now!"

The girl band star also admitted that she has been forced to make some changes to her wardrobe. 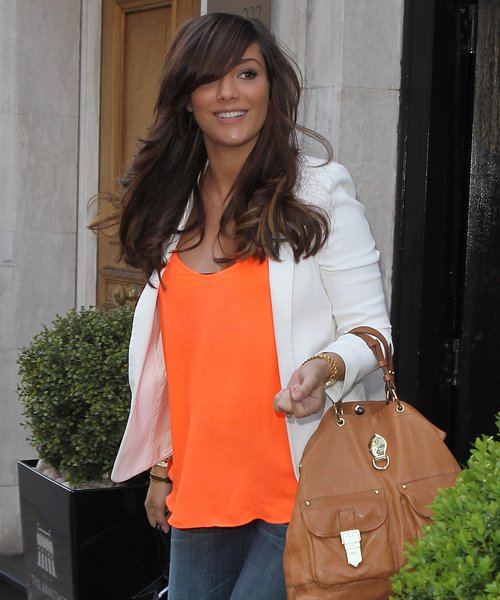 "I've even had to start wearing lower heels," she claimed.

This week has also seen the 'What About Us' singer going for a dramatic style change as she switched from her trademark bob haircut to a longer style.