The sports star admits his love life was "non existent" till he caught a glimpse of The Saturdays singer.

The Saturdays singer Una Healy and husband Ben Foden got together after the rugby ace saw her on TV one day, he revealed.

The England ace told Attitude magazine all about how he met his future wife and how a conversation with his agent sparked the romance.

"I'd been having lunch in a pub with my agent when he asked about my love life and I was 'oh, non existent'," he said. "He asked if there was anyone I was thinking about, then The Saturdays popped up on the music channel in the corner and I said 'oh the one in the blue tights'."

He continued: "And the next thing I know I've got a text saying 'she's expecting your call'."

The sportsman also admitted he once tried his hand at starting a pop career with an audition on Pop Idol.

"I got through to the next round, which fell on the same day as my first training session with Sale Sharks," he said.

"I think they'd say I wasn't a very good singer. I don't think I will be following in Una's footsteps." 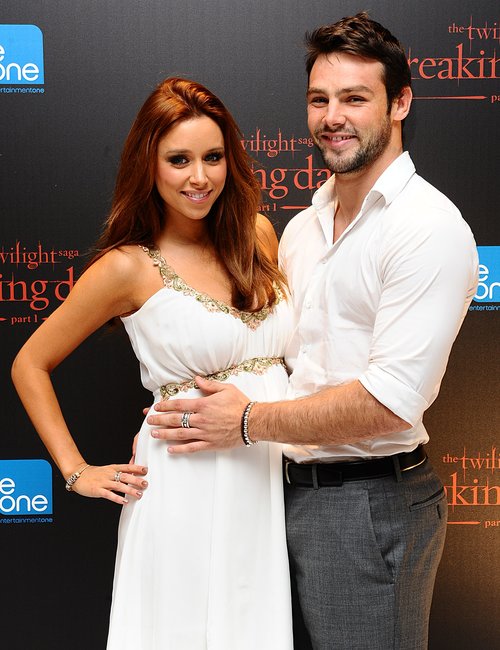 The couple were married in the summer last year and have a one year-old daughter together – Aoife Belle.

Meanwhile, The Saturdays are among the stars set to appear at Capital FM's Summertime Ball 2013 in June.

Robbie Williams, Jessie J and Will.i.am will also be on the line-up.