Stormzy Was Spotted Defending Little Mix From Trolls On Instagram

The grime star has been busy clapping back at haters who have accused him on 'selling out' by featuring on Little Mix's song 'Power'.

Stormzy has been pretty quiet on social media recently, but is not for one second going to let people be dragging the Little Mix ladies, who he teamed up with for the banger 'Power'.

Unveiling a new look on the 'Gram, with a grown out hair do compared to his usual bald look, Stormzy was just having a ponder about life when some trolls jumped up into his comments and accused the grime artist of being fake by doing a track with the X Factor winners (and biggest girlband on the planet just FYI).

Was he going to sit back and let the haters get away with it? Absolutely not. 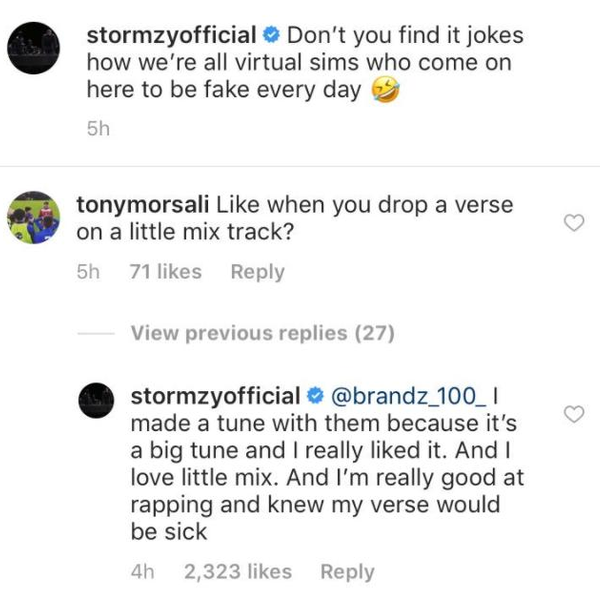 The 'Blinded By Your Grace' singer unapologetically declared his love for the band, and the track they did together, and is very careful to point out just how massive the band is. So next time people think about trying to come for Stormzy about his pop music ties, we think it would be wise to think twice.