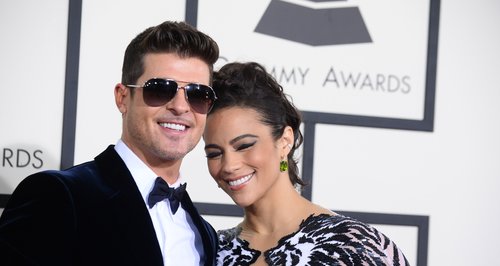 The 'Blurred Lines' star and the actress call time on their marriage after almost nine years together.

Robin Thicke has split from his wife Paula Patton after almost nine years of marriage.

The separation was announced in a statement to People magazine yesterday (24th February) with the couple revealing it was a mutual decision and they will remain "best friends".

"We will always love each other and be best friends, however, we have mutually decided to separate at this time," read the statement.

The pair have been married since 2005 and welcomes their son Julian back in April 2010.

Robin and Paula were most recently seen together at the Grammy Awards and showed no signs of a broken relationship as they posed on the red carpet.