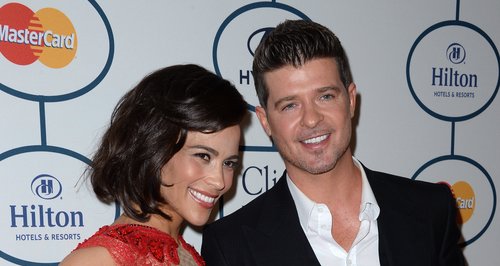 The 'Blurred Lines' man releases a statement as he thanks fans for their well-wishes during this tough time.

Robin Thicke has announced that he is ready to get back on the road after news of his split from wife Paul Patton emerged this week.

The 'Blurred Lines' star and his actress wife ended their marriage after almost nine years together and forced Robin to cancel the first three shows of his North American tour.

Speaking on his official website, he said it was time to get back onto the stage and thanked his fans for their messages of support.

"I want to thank everyone for the well wishes these last few days. My fans mean everything to me," he wrote. "I'm looking forward to getting back on out on the road and performing in Washington DC this Thursday, and the rest of the tour.

"Looking forward to seeing everyone out there!"

Robin and Paula married back in 2005 and welcomed their son Julian back in April 2010.

14 Pictures To Make You Believe In Love