The US singer will release the follow-up to 2011's 'Love And War' this July.

Robin Thicke has announced further details of his new album and unveiled the official cover artwork which will accompany the record.

The singer-songwriter is currently number one on the Vodafone Big Top 40 with his latest release 'Blurred Lines' and releases the new album of the same name on 29th July.

The album will feature collaborations with the likes of rapper Kendrick Lamar as well as T.I. and Pharrell from his new single.

He's also teamed with the likes of Will.i.am on the new album.

Check out the official artwork for Robin Thicke's new album 'Blurred Lines' below: 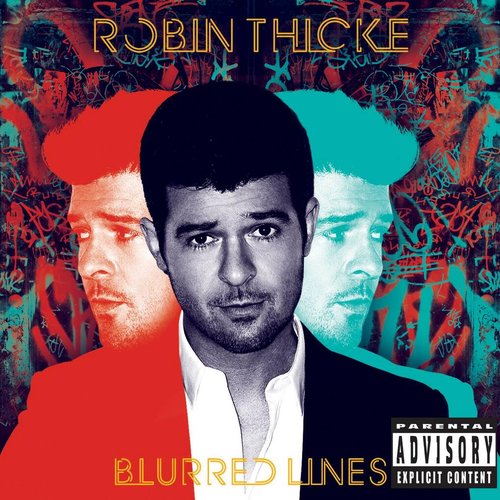 Check out the full tracklisting for Robin Thicke's new album 'Blurred Lines' below:

Don't forget to keep it Capital this weekend to tune into the Vodafone Big Top 40 on Sunday from 4pm to see if Robin can stay at the number one spot with 'Blurred Lines'.