The 'Blurred Lines' singer was seen spending time with his son ahead of a show in Miami this week.

Robin Thicke was seen spending some time with his son ahead of a concert in Miami this week.

The 'Blurred Lines' star was pictured on a waterslide at Miami's Fontainebleau Hotel as he guided his son Julian down to the pool.

The pair were in high spirits spending some father-son time together.

The star has yet to comment following his controversial performance alongside Miley Cyrus at the MTV Video Music Awards 2013.

The 'We Can't Stop' singer was seen gyrating against Robin during the pair's collaborative performance.

Check out a picture of Robin with his son below: (Picture: Flynet) 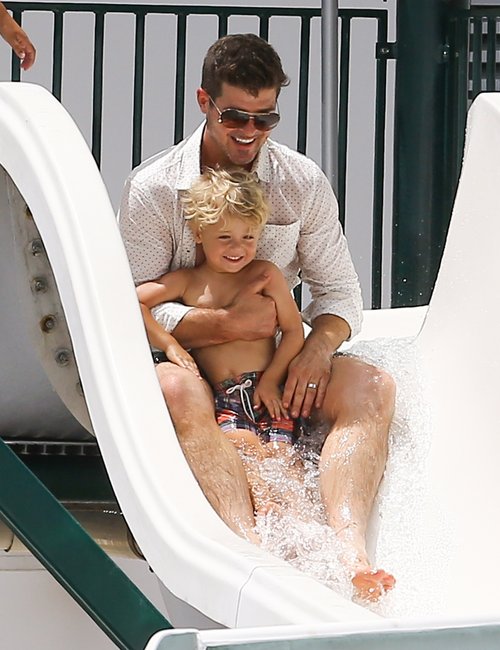 She also made several gestures using a foam finger, which caused outcry – including for the inventor of the foam finger.

Robin was also seen out with his son and wife Paul Patton in Miami last week as they enjoyed a day out at the beach.