Robin Thicke Reacts To MTV VMAs 2013 Nominations: "It's Wonderful To Be Relevant"

The 'Blurred Lines' star was shortlisted for three prizes at next month's ceremony.

Robin Thicke has said it feels "wonderful" to be still relevant after he received three nomination at the MTV Video Music Awards 2013 this week.

The star is up for Video Of The Year, Best Male and Best Collaboration with his smash hit of the summer 'Blurred Lines' and spoke to MTV upon hearing the news.

"It's very exciting," he said. "MTV, I've been watching since I was a kid, and you always want MTV to anoint you.

"It's like the video version of the Grammys, so it's a wonderful feeling to be relevant while you're still alive." 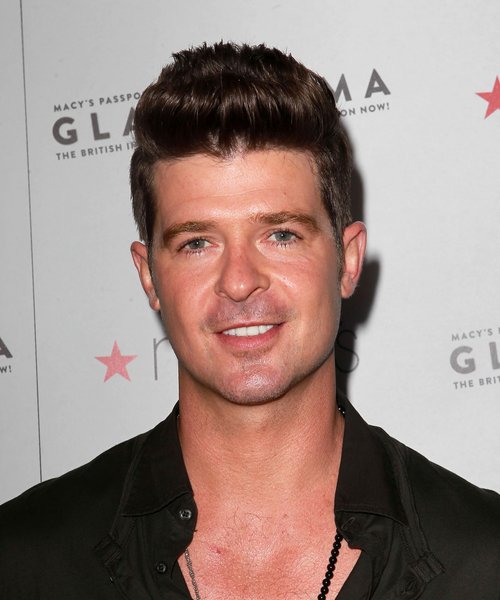 Robin will go up against the likes of Taylor Swift, Bruno Mars and Justin Timberlake for the top prize on the night.

"Nothing's cooler than Video of the Year because it's the best of the best, but I'm just honored and excited to be nominated at all," he added.

He also recently released his new album, teaming up with the likes of Will.i.am - who he called a "super crazy genius".