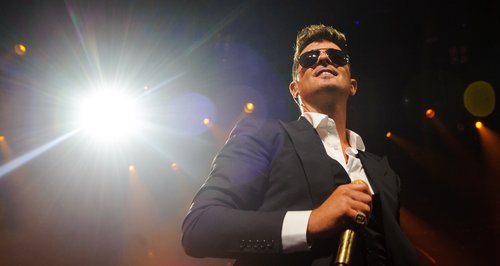 The 'Blurred Lines' man will be reunited with Miley Cyrus following the controversy of the pair's appearance at the VMAs.

Robin Thicke is among the latest set of named to join the performers line-up for the upcoming MTV EMAs 2013.

The 'Give It 2 U' singer joins a host of names already confirmed to be appearing at the event – including Miley Cyrus.

The pair caused huge controversy at the MTV VMAs earlier this year with a raunchy on-stage routine.

"I am grateful and excited to be nominated and performing at this year's EMAs," Robin said of the announcement. "I know it will be an amazing night!"

Also added to the performers line-up this week are Snoop Doog, Afrojack and Imagine Dragons.

The Killers and Katy Perry will also perform at the event, which is being held at the Ziggo Dome in Amsterdam.