The 'Blurred Lines' singer says he can't wait to appear at the Roundhouse in Camden this September.

Robin Thicke is the latest name to be added to the line-up of the iTunes Festival 2013.

The month-long set of gigs takes place in September from the Roundhouse in Camden, London.

The 'Blurred Lines' singer said he was "excited" to be involved and praised the plethora of talent already signed up.

"I'm so excited to be taking part in the iTunes Festival this year," he revealed. "Once again iTunes has gathered incredible talent, and I am honoured to be included."

Justin Timberlake, Jessie J and Queens Of The Stone Age have also all been confirmed. 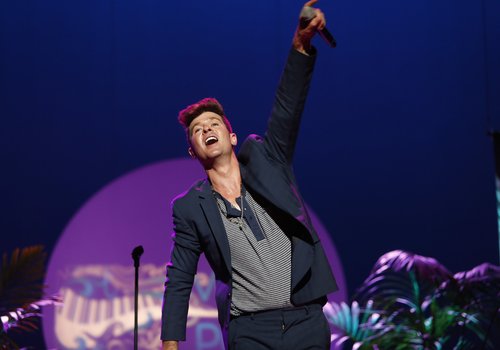 Robin will play on 28th September – the night before Justin Timberlake.

Meanwhile, the singer will also be releasing new album 'Blurred Lines' next week on 15th July.