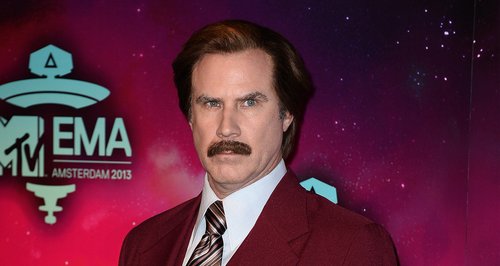 The pair recorded a cover of 'Ride Like The Wind' and have plans for a full promo release.

Robin Thicke and The Anchorman character Ron Burgundy are reportedly set to appear on screen together in a music video.

The 'Blurred Lines' man and Will Ferrell (who plays Ron) teamed up to record a cover of Christopher Cross' song 'Ride Like The Wind' for the soundtrack to the new Anchorman 2 film and a full promo could be on the way.

"Everyone's on board for a proper music video, but Will's concerned about his schedule," a source told the New York Post.

It was also said that Will wants to get Robin to come along for some TV appearances as Ron to promote the new movie.

The Anchorman 2 movie will hit UK cinemas on 18th December 2013.