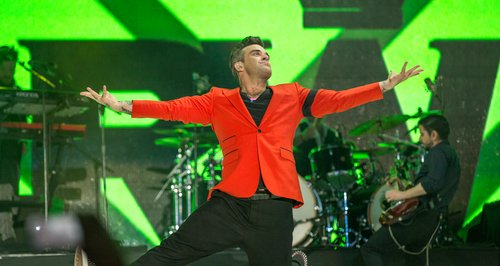 The 'Take The Crown' singer says he feels in the best possible shape before a tour in his entire career.

Robbie Williams has confessed that going out on Take That's 'Progress' Stadium tour in 2011 has helped him prepare for his own solo stadium outing this month.

It will be the first time in seven years the singer has performed as a solo artist on such a grand scale and he praised heading out with his bandmates as putting him in the best possible shape.

"We had a run through yesterday and everything looks magnificent," he told The Sun. "We are in the best shape we've ever been in before a tour."

He continued: "Thanks to Take That and their huge productions, we've got one too and it's coming to a town near you." 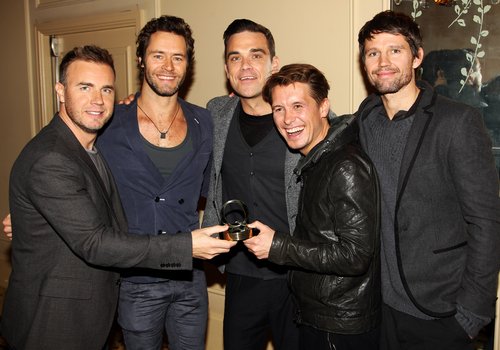 He will head out on his 'Take The Crown' stadium tour on 14th June in Dublin and returns to Wembley alongside support act Olly Murs on 29th June.