The 'Candy' singer explains that his former girlfriend Nicole Appleton kept their feline after splitting.

Robbie Williams has confessed that Liam Gallagher ended up with his old cat after he split from former girlfriend Nicole Appleton.

The 'Let Me Entertain You' star dated the singer back in the 90s before she got married to the Beady Eye frontman.

Speaking to the Daily Mirror, the Take  That man admitted he was thinking about adding a cat to his family.

"I am now in my 40th year and I think it is time for a cat," he explained. "I used to have one when I went out with Nicole Appleton from All Saints.

"We went to Harrods one day and bought one and called it Lady Our Kid. I wonder if she is still alive."

The 'Different' singer and Liam had a famous feud during the early days of their career - with Robbie calling out the Oasis man to a fight on stage at the BRIT Awards in 2000. 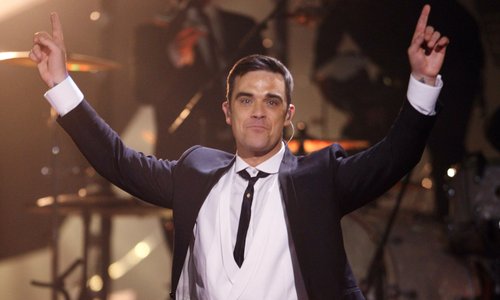 He added: "Nicole got her in the 'cat-vorce', which is best because at that point in time, she was more equipped to look after her. But now I think it may be time for a cat or two."

Robbie became a father for the first time at the end of 2012 and recently admitted he would love to have another baby with wife Ayda.