The K-Pop star talks about watching Queen perform at the iconic venue when he was just 14.

PSY has taken to Twitter to reveal his excitement ahead of his performance at the Summertime Ball 2013 tomorrow (9th June).

The 'Gentleman' star logged onto his social networking account to speak about how watching Queen perform at Wembley Stadium when he was a youngster inspired him to become a musician.

"When I was 14, I saw a footage Queen at Wembley Stadium, started to dream doing something in Music. and...I'll be at the venue tmrw!!," he wrote.

PSY will perform on a line-up which includes the likes of Robbie Williams, Taylor Swift, Jessie J, Will.i.am and Rizzle Kicks. 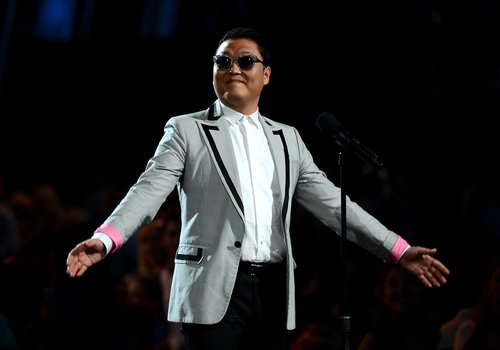 The show features the biggest line-up ever and will see Justin Timberlake taking up hosting duties.