The K-Pop star's promo has caused upset for showing abuse to public property.

PSY's music video for his new single 'Gentleman' has reportedly been banned from a major South Korean broadcaster.

State-funded KBS are apparently upset that the promo features the K-Pop star abusing public property – forcing them to take action.

The video was first premiered this past weekend as the singer performed during a special streamed event in Seoul called The Happening.

PSY also gave a rendition of Beyonce's 'Single Ladies' at the show – wearing a red leotard.

'Gentleman' has since clocked up over 140 million YouTube views in the first four days. 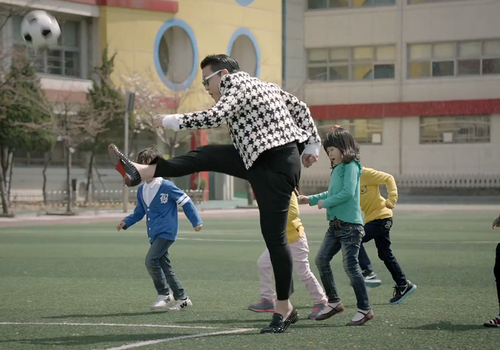 The video will be aiming to match the success of his 2012 viral smash 'Gangnam Style' – which hit one billion views.

You can check out the music video for 'Gentleman' right here.