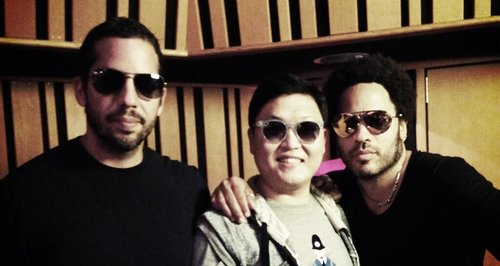 The 'Gangnam Style' singer has been busy this week and also bumped into rocker Lenny Kravitz.

PSY was seen riding on top of a fake horse for a new advert this week and also got to meet David Blaine and Lenny Kravitz.

The K-Pop star was shooting a food commercial for the Korean company Bibigo on a beach.

He wore white trousers and a bright red embodied riding jacket as he was snapped on top of the horse.

His famous horse riding dance made him a global superstar during the video for the viral smash 'Gangnam Style' last year.

Meanwhile, he later shared the picture of himself with magician David and rocker Lenny on his Twitter account.

Check out the picture of PSY on his horse below: (Picture: PacificCoastNews) 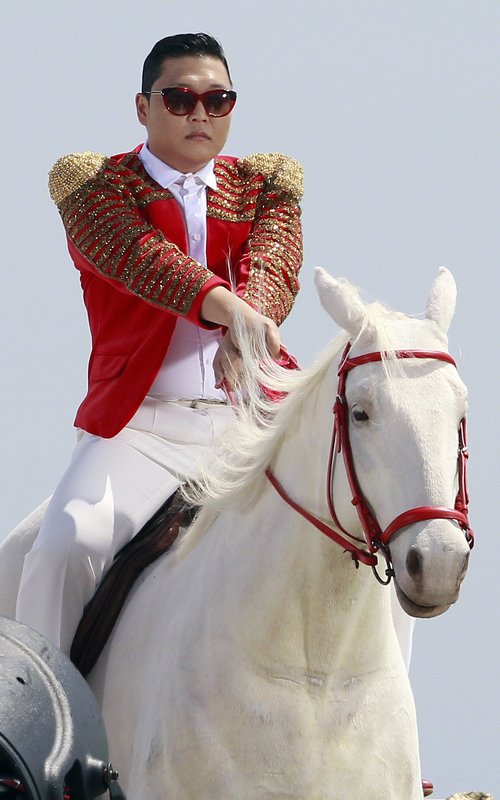 He wrote: "happen to meet @lennykravitz at the studio and experiencing a hell of magic from @davidblaine."

David was also recently seen meeting Adele as the British singer shared a picture of the pair on Twitter after being amazed by some of his tricks.