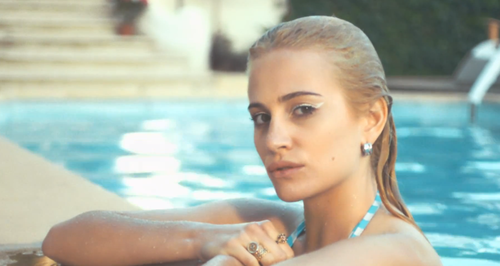 The singer soaks up the sun the video for her latest track.

Pixie Lott has unveiled the music video for her new single 'Lay Me Down'.

The singer sports a variety of glamourous looks as she soaks up the sun in the south of France in the clip.

"I absolutely loved shooting this with a fabulous team," Lott said. I shot it with the same company who did my video for 'Heart Cry', because they captured the perfect vibe before. It was my first time in the south of France and I was in awe, so beautiful."

She continued: "I think the track is a perfect second single because it still has an upbeat vibe you can dance to, but with a meaningful lyric in a soulful way.

"I love performing this live with the band because we can really get into it. I hope you enjoy it as much as I did making it!"

'Lay Me Down' is released on 7th of July and features on her upcoming self-titled album, which follows on 4th August.