The 'Back In Time' star joins the likes of Justin Bieber, Coldplay and Example at Wembley Stadium this year.

Pitbull will make an appearance at Capital FM's Summertime Ball in London this year.

The rapper-producer will take to the stage at Wembley Stadium on 9th June.

The American superstar began his career in 2003 and has enjoyed huge success in recent years, collaborating with artists including Jennifer Lopez, Chris Brown and Ne-Yo.

Pitbull is currently working on his new album, which is due to be released this year and recently penned the official soundtrack to the new Men In Black III film called 'Back In Time'.

Jennifer Lopez has also recently debuted her new song 'Dance Again' which sees her teaming up with Pitbull once again and features a teasing music video from the collaborators.

Tickets for the fourth edition of the event go on general sale on Monday (23rd April 2012) at 8am.

If you're a Capitalfm.com VIP or a Vodafone customer, you can get access to an exclusive tickets pre-sale now.

Keep your eye on the ball by visiting our special Summertime Ball area for all the latest information on this year's hit music event. 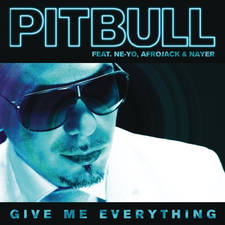