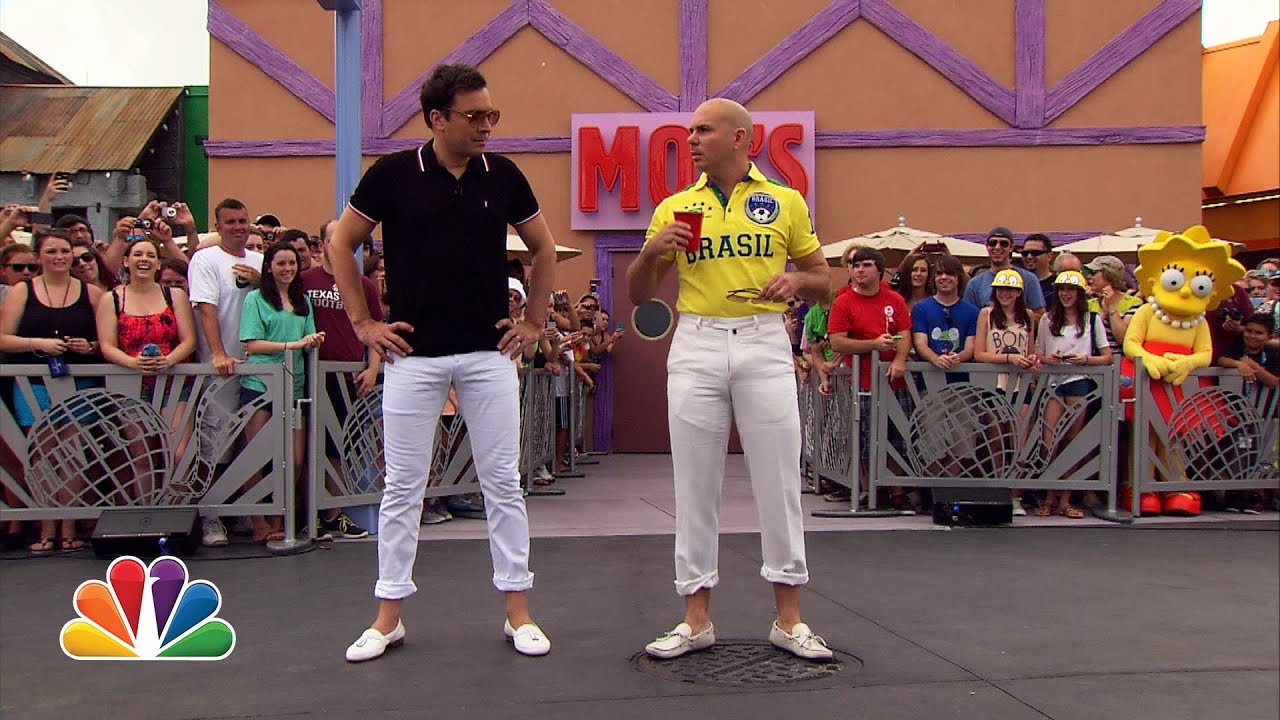 Mr Worldwide stopped by Springfield with Jimmy Fallon to play a game of giant beer pong in the world's tightest trousers!

After a drink in Moe's Tavern, Pitbull played a giant version of the game using footballs with the US chat show host.

The pair were filming at The Simpsons attraction in Universal Orlando in front of a live crowd, which included The Simpson family.

The 'Timber' singer didn't manage to score until a tactical costume change - those infamous tight white trousers akin to what he wore during the World Cup opening show. Even Lisa Simpson had to have a second glance!