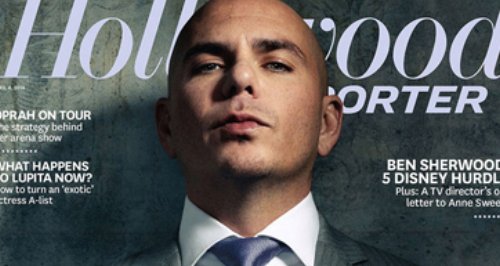 The 'Give Me Everything' rapper says he wanted to move in a whole new direction with his latest sound.

Pitbull has admitted that Avicii's new style of folk-inspired EDM music helped inspire his own new sound on tracks like recent hit 'Timber'.

The 'Back In Time' rapper scored a huge hit this year with his Kesha team-up 'Timber', and says he saw a gap in the market for that sound and jumped right behind it.

"It had the same ring to it," Pitbull admitted to The Hollywood Repoter in their new April issue. "I was like, this is where it's going right now.

"We need to put this out ASAP, no one's doing this, we can run right behind it," he explained.

Pitbull went on to say that he knew the song was a risk when he made it but isn't afraid of putting out a "flop".

"I'm not afraid of a flop," he added. "Losing means learning and a flop means go back in the studio and knock another one out."