Ne-Yo - Year Of The Gentleman

As an accomplished hitmaker for the likes of Rihanna and Beyoncé, we were worried Ne-Yo might have given away his best work to other people.

Luckily though he's saved some choice cuts for his third album, Year Of The Gentleman.

As shown on chart-topping single, Closer , the latest release from the twenty five year old Arkansas native sees him branch out into other genres from his usual brand of laid back R&B, but it's still on slow jams like Mad that he really shines, as it demonstrates his incredible vocal range.

Other highlights include guitar-based anthem, Back To What You Know , the funky Fade Into The Background and New Kids On The Block collaboration, Single .

Track you must download:
Latest single, Miss Independent is an iPod essential, but we've also got a soft spot for the album's fourth track, Mad .

Released:
Year Of The Gentleman is out now on Mercury Records. 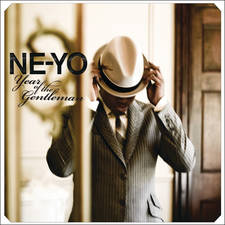