Nathan Sykes Is Back In the Studio – More Solo Material Coming Soon! 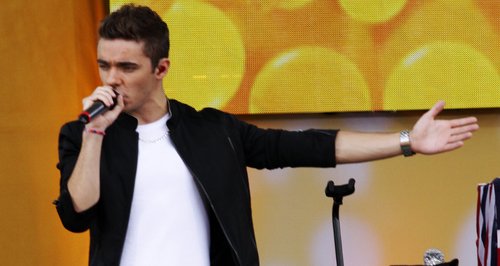 He rocked his first solo performance at the Summertime Ball, and Nathan Sykes is back in the studio working on his own material!

Nathan Sykes is turning in to quite the solo artist! As well as absolutely killing his first solo performance with Jessie J at this summer’s Capital Summertime Ball, he’s back in the studio working on his solo material.

Nathan has been in the recording studio with Babyface, who has previously worked with Mariah Carey, Madonna and Destiny’s Child amongst a host of pop’s finest. Pretty impressive!

Babyface tweeted about the two of them working together:

Wait until you hear the voice on @NathanSykes! This guy can sing!

Nathan and Babyface have been working together at the studio in LA, and Nathan also tweeted about how grateful he was:

Amazing day. Just had a moment thinking about everything and I'm now going to sleep feeling especially grateful tonight! Goodnight everyone!

Well, he could certainly give JT a run for his money with his dance moves – check out his snake hips at the Summertime Ball: