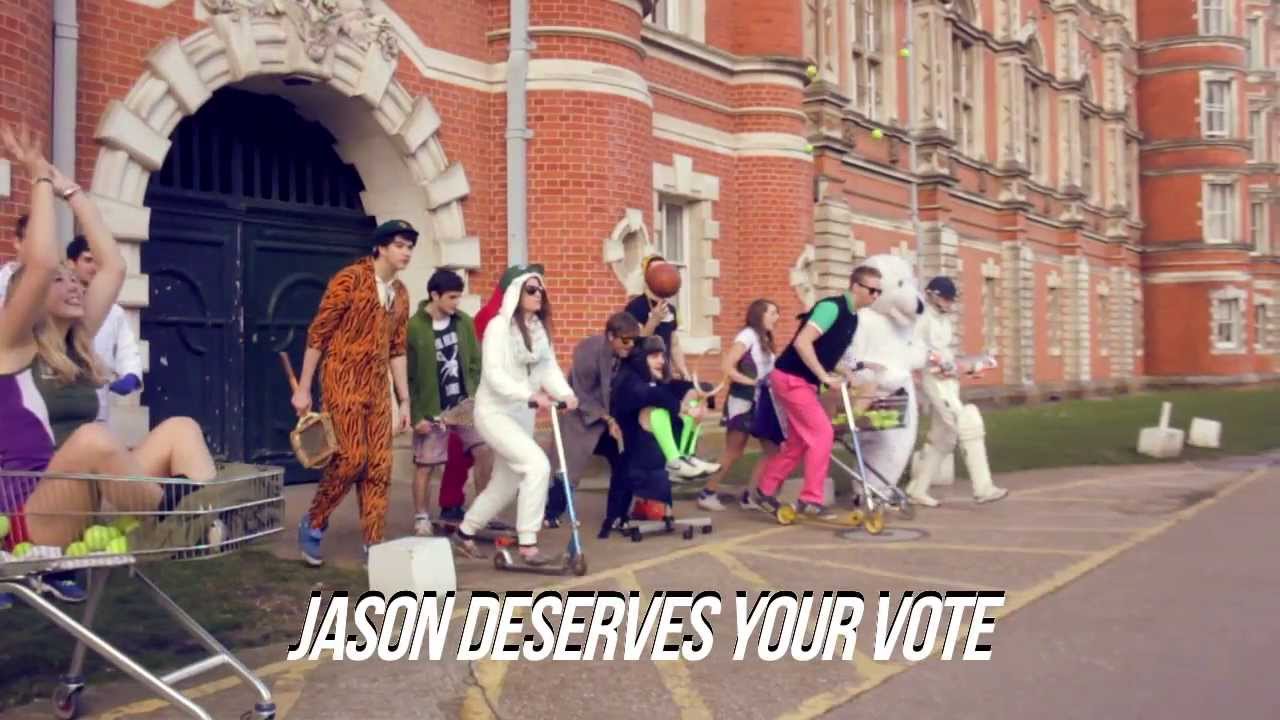 Jason Michaelski has adopted the tracks lyrics to gather votes.

A student at Royal Holloway University has released a parody video of Macklemore's 'Thrift Shop' in a bid to secure votes to become co-president of Sports and Development.

Jason Michalski can be seen dressed up in similar fashion to the US rapper and changes the lyrics to include such lines as "Walk up to the union like whatup I'm a BNOC" – that means big name on campus FYI.

His friends can also be heard saying things like "damn that's a real sports junky" and he declares he will "organise matches" and "get you pitches".

It's the latest video to emerge for student election votes and has already gathered close to 50,000 views on YouTube.

Well, would you vote for Jason?