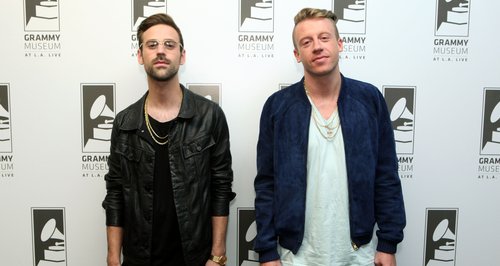 Their hit single 'Can't Hold Us' took the top spot ahead of Avicii with 'Wake Me Up'.

The duo's hit 'Can't Hold Us' took the top spot with 'Thrift Shop' coming in third, just behind Avicii's 'Wake Me Up'.

It was revealed that Spotify's 24 million active users streamed an incredible 4.5 billion hours of music in 2013.

Rihanna was also named the most popular female star with Macklemore also topping the male list.

Lorde was crowned the most viral artist following the success of her hit 'Royals'.

Check out the global top ten most streamed songs of 2013 below:

Meanwhile, Macklemore & Ryan Lewis will be hoping to pick up some nominations for the Grammy Awards 2014 - which are announced this Friday.