Ed's been teasing us all day that a new collaboration is on its way... and it's finally arrived!

Ed , Macklemore & Ryan Lewis - yep, the one and the same 'Thrift Shop' stars - released their joint song 'Growing Up (Sloane's Song) at 5pm today - and the icing on the cake is that it's also absolutely free for fans to download!

Sheerio had created quite a buzz by posting about his mystery collab on Twitter:

Oh and it's free

It's a new collaboration and you think you've guessed it but you haven't innit. 5pm GMT 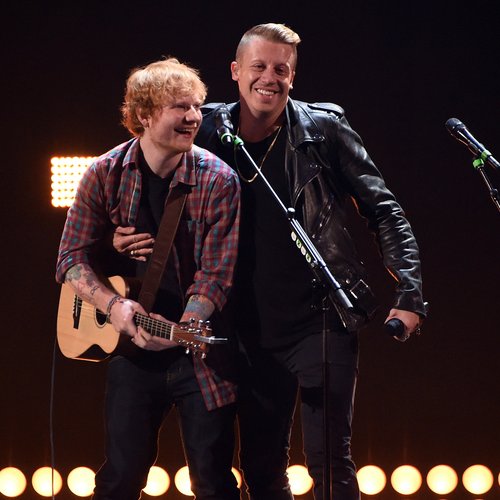 We love a random Ed Sheeran team-up, but with so many collaborations, hit albums and world tours under his belt, how DOES he find time for everything?