The 'Thrift Shop' stars have unveiled the highly anticipated promo to their latest single.

Macklemore & Ryan Lewis have released the official music video to the new song 'Can't Hold Us'.

The track follows on from previous smash 'Thrift Shop' – which hit the number one spot on the Vodafone Big Top 40.

The promo sees the stars head out on a wild adventure traveling across the seas, land and in the air.

The video was directed by Ryan Lewis as well as Jason Koenig and Jon Jon Augustavo.

The song is also taken form the pair's 2012 album 'The Heist' – with Ray Dalton carrying a flag with the title on a beach after getting a quick trim. 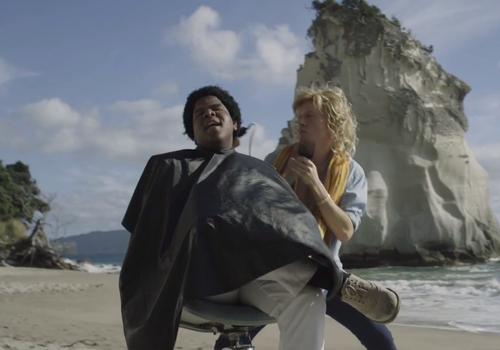 Speaking after the performance, the rapper said it was a "surreal" moment to be at the ceremony.

Check out the official video to Macklemore and Ryan Lewis new song 'Can't Hold Us' below:

*Warning, this video features material which may cause offence*