Lorde Criticises Use Of Photo Editing And Retouching: "Flaws Are OK!" 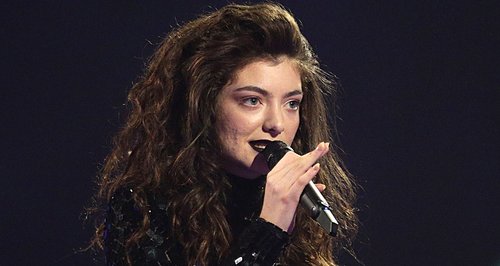 The 'Team' singer points out two differing pictures of her from the same event this past weekend.

Lorde has hit out at the widespread use of photo retouching after declaring that "flaws are OK" to her followers on Twitter.

The New Zealand star directed her 1.3 million followers to two pictures of her from the same event, one natural and one edited and retouched to remove any flaws or marks from her skin.

"I find this curious, two photos from today, one edited so my skin is perfect and one real," Lorde posted. "Remember flaws are OK :-)."

i find this curious - two photos from today, one edited so my skin is perfect and one real. remember flaws are ok :-) pic.twitter.com/PuRhxt2u2O

The 'Royals' star has been performing live in South America over the past weekend and also tweeted out to thank her fans there for their support.

"Still B U Z Z I N G. Had the most fun today," she posted. "If this is what performing in South America is like I never want to go home!"