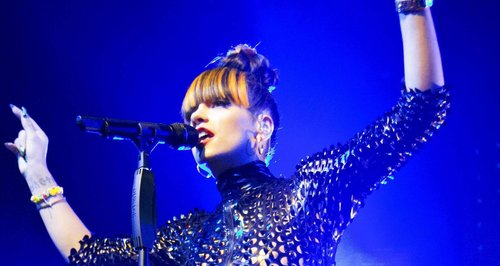 The 'Sheezus' star posted the humorous video backstage from her show in Brussels.

Lily Allen got risqué on her social media accounts last night (27th May) again after dancing topless in a new video on Instagram.

The 'Hard Out Here' singer filmed herself in the mirror on a camera phone while dancing along to Drake's 'Started From The Bottom', wearing just some Spanx underwear and covering her modesty.

In a separate video, posted before her huge Brussels show this week, Lily is seen dancing once again but this time dressed in a glittery gown and moving to Beyonce's song 'Partition'.