It looks like the feud is well and truly back on after Kanye’s latest rant and Taylor’s Grammys speech aimed right back at him!

It was all going too well between Kanye West and Taylor Swift, but it’s safe to say he’s reignited their feud by name checking her in a lyric to one of his new songs - and he's even named dropped her in his latest (live in person) rant, calling her 'fake'. Awk.

The feud restarted after Kanye dropped a dodgy lyric in his new song 'Famous' saying, “I feel like me and Taylor might still have sex. Why? I made that bitch famous.” Well, that’s… nice.

Kanye claimed that he had run the lyrics by Taylor before the song came out - which her camp have denied - as part of his (many) outbursts on Twitter this week:

I can’t be mad at Kanye because he made me famous! #FACTS

Following the release of the song, Taylor made a VERY unsubtle dig at Kanye as she picked up an award at the Grammys, telling the crowd, "I want to say to all the young women out there: There are going to be people along the way who will try to undercut your success or take credit for your accomplishments or your fame.

“But if you just focus on the work and you don’t let those people sidetrack you, someday when you get where you’re going, you’ll look around and you will know that it was you and the people who love you who put you there. And that will be the greatest feeling in the world. Thank you for this moment."

Kanye was then caught on tape backstage at Saturday Night Live ranting about the fact they'd taken his stage down without his permission - and somehow managed to shoehorn the fact he was p*ssed off about Taylor claiming that she hadn't known about his lyrics prior to the release of the song. You can listen to the full sweary rant below (18+ content in the audio below):

But then RANDOMLY... in an interview with the paparazzi, Kanye was REALLY nice about Taylor. We mean, it's weird enough that Kanye's co-operating with the paps at all, but after his comments about TayTay he refused to be nasty about her when the paps kept probing.

It wasn't just Taylor that got annoyed about the whole "made that bitch famous" lyric - understandably, TayTay’s brother Austin was less than impressed to hear his big sis talked about in such a way in Kanye's song – so he took to Instagram to post a video of him throwing away his Yeezy Boosts with the caption, “Getting a head start on some spring cleaning. Here we go again.”

Getting a head start on some spring cleaning. Here we go again.

Kanye debuted the track earlier in February as he live streamed his ‘The Life Of Pablo’ album and showcased his Yeezy Season 3 fashion collection at New York’s Madison Square Garden , and although Taylor’s mate Gigi Hadid was there, she also took to Twitter to voice her disapproval.

My attendance somewhere does not mean I agree with everything being said in the music playing there. My friends know of my loyalty.

Gigi tweeted, “My attendance somewhere does not mean I agree with everything being said in the music playing there. My friends know of my loyalty."

While her friends and family might be a bit annoyed by it, TMZ’s sources claim the lyric won’t come as much of a shock to Taylor herself, as Kanye is said to have called her up beforehand to explain it was a joke and she was OK with him releasing it in his song.

However, according to Perez Hilton, her representative, Tree Paine, claims that Taylor DIDN'T actually get told what the song contained, explaining, "Kanye did not call for approval, but to ask Taylor to release his single 'Famous' on her Twitter account. She declined and cautioned him about releasing a song with such a strong misogynistic message. Taylor was never made aware of the actual lyric, 'I made that bitch famous.'" 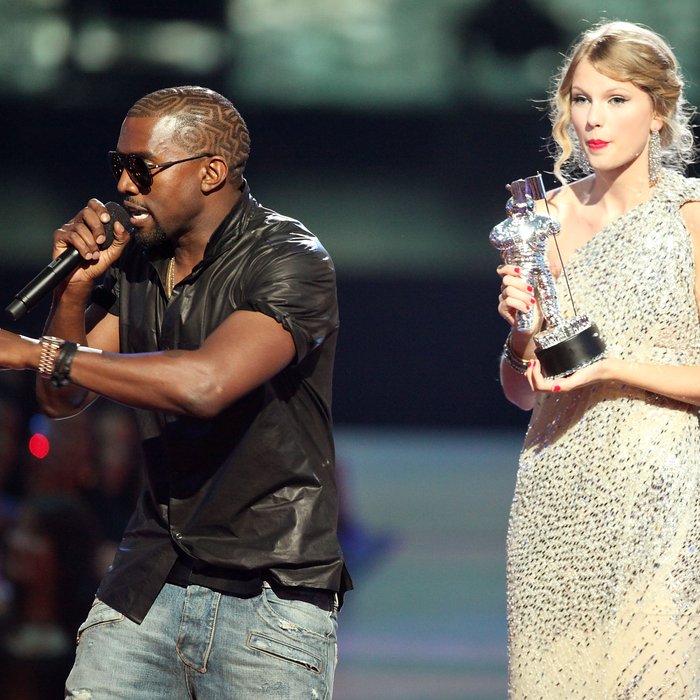 Well, let’s hope there ISN’T another Yeezy/Swift feud brewing – we’ve only just got over the last one!

Keeping Up With The Kardashians... And EVERYONE Else