The 'Gold Digger' rapper was out on an errand with his reality star girlfriend's mum.

Kanye West has been spotted out in public for the first time since the birth of his and Kim Kardashian's daughter.

The 'All Of The Lights' rapper was pictured out in Los Angeles this week alongside his girlfriend's mother Kris Jenner.

Kanye and Kim welcomed a daughter named North earlier this month (15th June), and Kanye's public showing is the first time he has been pictured since the new arrival.

The 'Gold Digger' rapper opted to wear leather trousers, a black hoody and red trainers for the outing, while walking several metres away from a similarly clad Kris.

Check out a picture of Kanye West on stage below (Credit: PA): 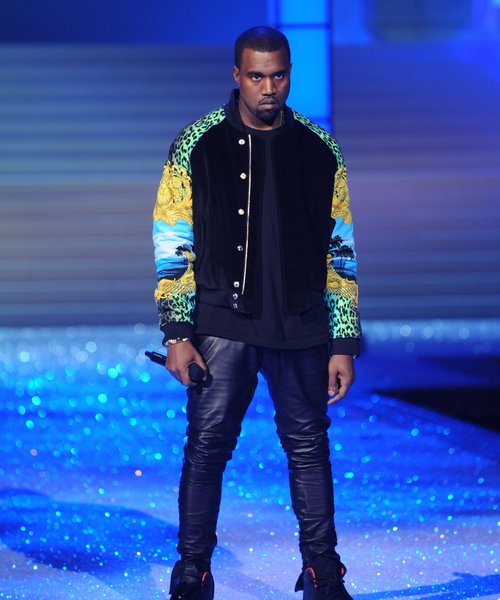 Kanye was notably glum on the excursion and failed to respond to questions from photographers on location about his baby, while Keeping Up With The Kardashians star Kris simply smiled in response.

Earlier this week Kim's brother Rob seemingly confirmed the baby's name is indeed North West as rumoured, revealing he advised the couple not to worry about what anyone will think about their daughter's name.

Kanye West also had cause to celebrate this week when his new album 'Yeezus' reached number one on the US Billboard Top 200 chart.