The artists were seen sharing an embrace despite the 'Jesus Walks' rapper's on stage rant back in February.

Kanye West and Jay-Z were pictured sharing a hug for the first time since the 'Gold Digger' rapper made a dig at the track 'Suit & Tie'.

The artists were seen embracing in New York City as Kanye was out with pregnant girlfriend Kim Kardashian.

Back in February, Kanye made a rant on stage in London in which he attacked the song by his friend and Justin Timberlake.

The rapper was sporting a grey-hooded jacket and was all smiles as he greeted Jay-Z – who was wearing a turned baseball cap and a long leather coat.

Kanye is currently expecting his first child with Kim Kardashian and was last week rumoured to be planning on debuting new music on Saturday Night Live next month.

Check out the moment Kanye West and Jay-Z share a hug in New York below: (Picture: Splash) 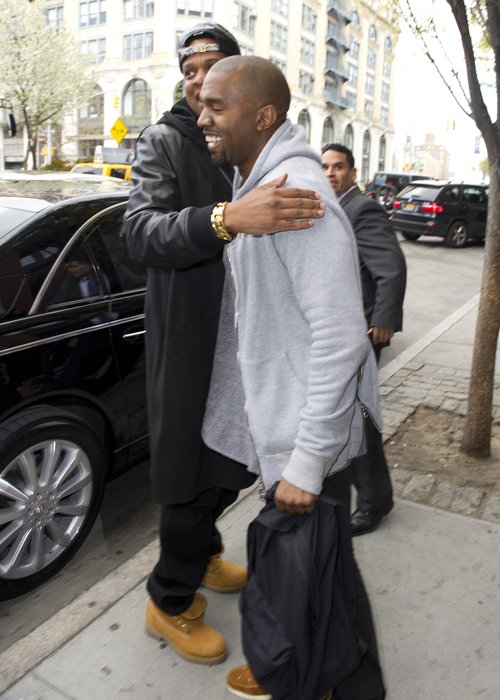 It has also been confirmed by Daft Punk that he has teamed with the French duo for his new album.